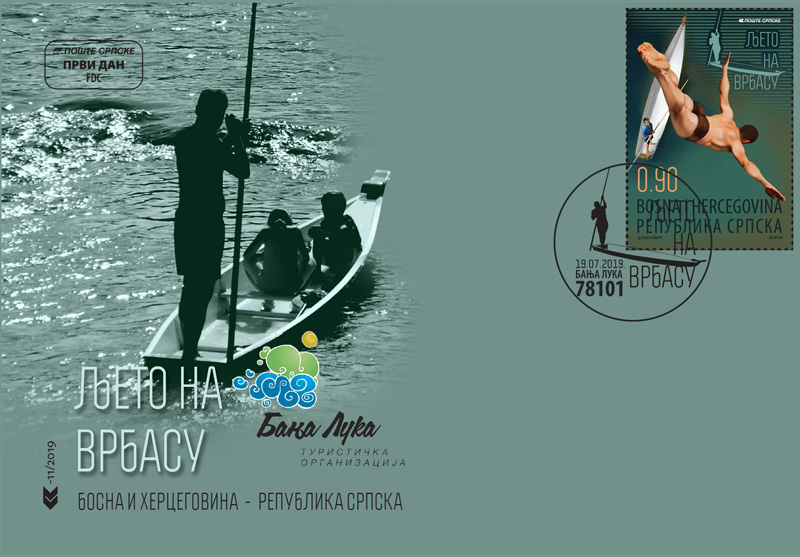 The event in Vrbas was organized for the first time by members of the Academy of Banja Luka Club (KAB) in 1953 under the name of "Carnival on Vrbas". At the end of the 1970s, the manifestation was named "Gathering at Vrbas", and since 1995 it has been named by todays name. Program has not changed since the year of the nascency of the event and it consist of swimming accross the river, sail with dayak as well as the kayak boats and also the attractive jumps from the City Bridge.

With the construction of the City Bridge, (in 1930 a concrete bridge was built on the site of an old wooden bridge), the tradition of jumping from the large height was begun.
It took time to profile the style of a jump today known as the "Vrbas swallow". Leaps run from a 12-meter-high bridge to a depth of over two and a half meters.

In order to preserve dayak and ride on the Vrbas River, the race of boats is organized as part of the manifestation Summer on Vrbas. Although the boat's visual through history has significantly changed its appearance of boat racing, it is still one of the most significant activities in the event Summer at Vrbas. Brave and powerful guys today defy the Vrbas rapids and, with great knowledge, quietly sailed upstream, carrying citizens and tourists.