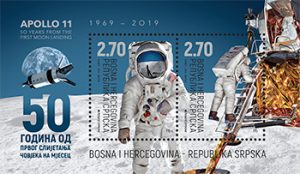 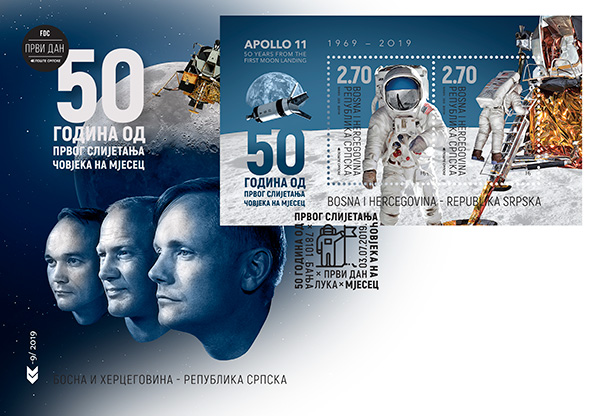 Apolo 11 was the first mission to bring people down to the Moon's surface, the fifth mission within the Apolo program with human crew, and the third with human crew flying to the moon. Apolo 11 was launched on July 16, 1969 with a three-member crew made by Neil Armstrong, Edwin Aldrin and Michael Collins. On July 21, 1969, Neil Armstrong became the first man to step into the moon, and soon joined Edwin Aldrin. During that time, Michael Collins was in the command module, in orbit around the moon. The first sentence Neil Armstrong spoke on the surface of the moon and said, "This is a small step for man, but great for mankind."

This event is still very popular in the scientific world as well as in pop culture and several interesting facts about the mission remain relatively unknown.

- After landing on Earth, three astronauts were immediately taken to quarantine, where they spent 21 days. The reason for this strange action was to prevent the contamination of any microorganisms worn by the Moon crew because they came back from the unexplored territory.

- The astronauts left a few items on the Moon, including photographs of people and audio recordings in several languages that represent the global significance of the mission. In addition, they left medallions with the names of three astronauts who had died in Apollo 1 on the launch pad as well as two cosmonauts who had been injured in a similar accident.

- Before the mission began, there was a clear landing location. However, when the aircraft began to land, it was noted that the location was filled with rocks and knew that landing would be dangerous. That's why Armstrong manually manages the probe, which involved jumping over a dangerous area, and this decision meant greater fuel consumption. There was a certain amount of fuel consumption, after which the aircraft would begin an automatic landing. They landed 25 seconds before they reached this point.

Landing to the Moon is one of the most important features of human civilization, and its significance is emphasized today. However, it seems that no other event has caused so much controversy and conspiracy theory.