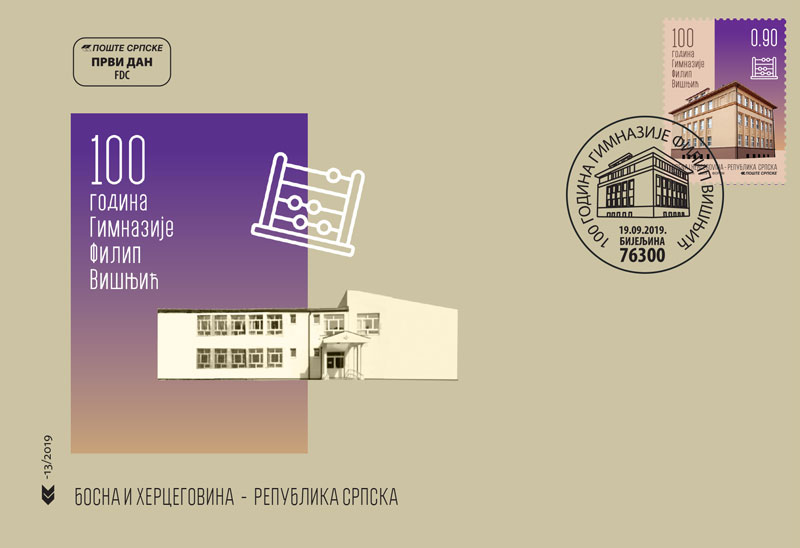 The first days of its existence, Gymnasium marked in September 1919 in the building of the present elementary school "Sveti Sava". The gymnasium is named after the poet, chronicler and a memoirist of the uprising, Filip Visnjic.
It started working as a junior gymnasium, however, with the opening of the 5th grade in 1924, she is already called the real gymnasium. During that time, more than a hundred professors and teachers and seven principals worked in the Gymnasium, who, through their tireless work, struggled to impart knowledge and science to their students.
Under the influence of Rodoljub Colakovic and Dimitri Lopandijic and other communists from Bijeljina in 1932, a more organized gathering of revolutionary school and working youth, began to gather. Many gymnasium students from that generation participated massively in the first uprising days of 1941. They knew that their youth had to bear the brunt, replace the book and pen with weapons and make a conscious sacrifice for their homeland. 209 names of our fallen students and 7 professors are carved on the monument in front of the former gymnasium building. The enemy, at the beginning of 1941, left only a lower gymnasium.
Immediately after the liberation of Bijeljina, the Gymnasium reopened. It was in early May 1945. In those first post-war years, students and the Teachers' Council put all their efforts and efforts into youth education, to make up for it and to soon train young intellectual forces to help rebuild and build a torn country. Youth and teachers are embracing science and creating a new cultural life both within the school and in the city.
At that time, the school had a small number of students, but that number increased year by year. In 1979, it numbered 816 students spread across 23 classes. By 1979, 2165 students had passed through the Gymnasium. Gymnasium is September 29th 1978 moved to a new building where it is today.
Author: MA Bozidar Dosenovic
Publisher: Poste Srpske a.d. Banjaluka