Poste Srpske were transformed with the sale of state owned capital in accordance with the Law on Privatization of State Capital in Companies (Official Gazette of RS, 24/98) on December 25, 2002 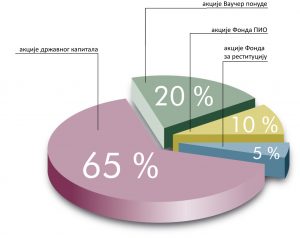 Born on 1988 in Ljubovija. Bachelor of Science in Transport Engineering and owner of several private companies.
Successful businessman and councilor at Municipal Assembly of Bratunac. Married, father of three children.
CEO of Poste Srpske since July 2019. Born in 1955 in Sarajevo, where she graduated from the Gymnasium in 1974, and in 1979 at the University of the same city also the Faculty of Economics. Upon completing the studies, she carried out responsible and managerial tasks in the field of accounting and finance at the Public Railway Company "Sarajevo". In the production company in Visegrad from 1996 to 2003 she worked as a manager of accounting in the Accounting and Finance Department. In The Supreme Audit Office for the Republic of Srpska Public Sector Auditing, as an external associate in 2005, she audited the financial statements of Elektroprivreda of Republic of Srpska. As an authorized auditor in 2007, she worked in "EF Auditor" ltd. Banja Luka. In the period from 2008 to 2018, in the Enterprise for postal traffic of the Republic of Srpska, she performed the tasks of the internal auditor. She has the following occupations in the profession: certified auditor, certified internal auditor, certified accountant and insurance broker. Born in 1966 in Nisevici near Prijedor. Graduated from the Faculty of Transport and Traffic Sciences in Zagreb in 1990 where he also obtained a Master's degree. Upon finishing the studies, he started working at the Territorial unit for postal traffic Novi Sad. Thereafter, during the takeover of employees between two companies, he moves to former PTT Krajina or Poste Srpske today. In Poste Srpske he worked as the Head of Department, the Director of the territorial unit for postal operations and the Deputy Director of the Company. From 2013 to April 2016 he worked as the Chief of the Department for Veterans and disability affairs in Banjaluka's city administration. Married, two children. Born in Banja Luka in 1975, where he graduated at the Faculty of Electrical Engineering in 2004, and became a graduate electrical engineer. In Poste Srpske he is employed since 2004. Prior to his appointment, he worked as the Head of the department for development in the field of information technology and development. Father of four children. Born on March 30, in 1963 in Kotor Varos. Graduated the Faculty of Transportation in Belgrade, Department of PTT traffic, and graduated as a traffic engineer. In the period from 1994 to 2000, she completed work in the frame of postal exploitation with secondary, post-secondary and higher education. Afterwards, she worked as the Director of WU PTC Banja Luka in the Poste Srpske. In the period from 2001 to 2005 she was the head of the Service for Transport and Processing of Shipments, and then from 2005 to 2006, she was the Advisor to the Management Board for Corporate Governance. From 2006 to 2015, she was elected Executive Director for postal traffic, and after that from 2017, she was an advisor in the Business Cabinet. She is the mother of one child.