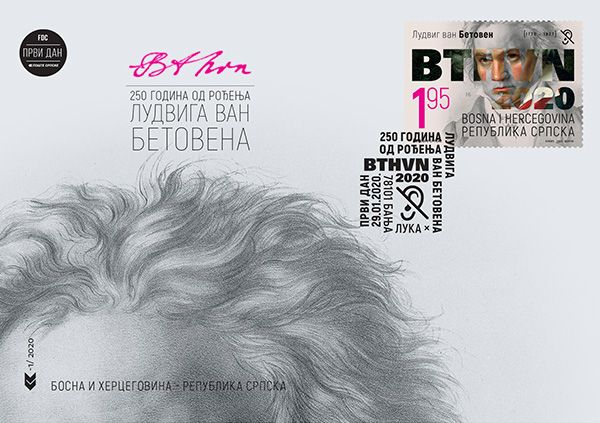 250 Years since the Birth of Ludwig van Bethoven

Ludwig van Beethoven was born in Bonn, Germany, to father Johan van Beethoven, of Flemish descent, and to mother Magdalene Keferih van Beethoven. His family has been involved in music for generations - his grandfather Louis, after whom he was named, was a baritone in the palace of the Cologne Electorate. Beethoven's father was a tenor singer in the same court.

Beethoven's first music teacher was his father. Christian Gottlob Neefe taught and employed Beethoven. Leaving Bonn at the beginning of the last decade of the eighteenth century, Beethoven told him: If I ever became a great musician, it would be your merit.

After his father's death in 1792, Beethoven moved to Vienna where he studied with Johan Albrechtsberger. He soon gained a reputation as a piano virtuoso and gradually, a composer. Beethoven's most beautiful creative age was also marked by an accident, which soon turned into an even greater impetus for artistic creation: at the age of 26, he began to lose his hearing, which was why he had to end his piano career in 1808. Therefore, he had a specific destiny as a conductor. At some moments, an assistant had to be involved in the performance in order to save interpretation.

Beethoven's pianist technique was revolutionary at the time. When conducting the orchestra, Beethoven would rise high, stand upright in violent and rapid sound movements, and almost bend under the counter at moderate, slow, and chanting.

As deafness became more pronounced, he endured it more and more, closing himself in, avoiding people, communicating with his friends through small notebooks, which were later printed and sold. For the last nine years of his life, when deafness became definitive, he retired into his own world of silence, in which he creates his greatest masterpieces: Missa Solemnis, Hammerklavier Sonata, 9th Symphony and the last String Quartets.