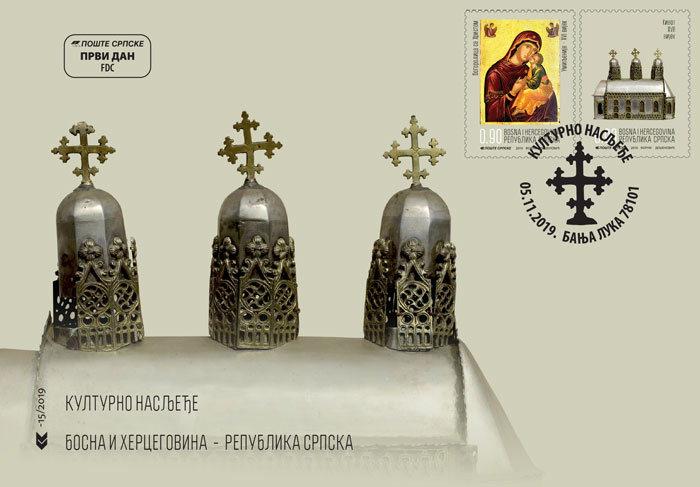 The Zitomislic Monastery, with its church dedicated to the Annunciation, is one of the most important Orthodox spiritual centers in Herzegovina.
Zitomislic was in the possession of the Hrabren-Miloradovic family, the monastery's monks, before the Ottoman conquest. The Nevesinje qadi granted the duke Peter and John the Hrabren permission to rebuild the church in Zitomislic in 1566. According to the inscription engraved on the capital of the pillar, on which Master Vukasin "from the monastery of Orahovica" signed, was completed in 1602/1603 by the founder Milisav Hrabren. The Hrabreni-Miloradovic participated in local uprisings against the Turks in the 16th and 17th centuries. They later got away to Russia, where they held high positions in the military in the 18th and 19th centuries. The last descendant of this family, Count Grigory Aleksandrovic Miloradovic, visited Zitomislic in 1883.
The church is three-nave, with a vault of broken form above the nave and columns whose capitals are decorated with reliefs depicting hunting, as on tombstones. It was painted in 1609, but from the frescoes until 1992, only the scene of the Annunciation was preserved. The portrait of the founder, Milisav Hrabren, is preserved in a photograph and copy made in 1867-1869.

A large part of the rich treasury of Zitomislic was ruined in 1941, when the Ustashas burned the konak and killed the monks. Today, the Zitomislic collection contains very valuable icons of Serbian, Cretan, Greek and Russian masters, created from the 16th to 19th centuries, liturgical objects made of precious metals from the 17th, 18th and 19th centuries and old manuscripts and printed books.
Црква у Житомислићу је срушена 1992, а њена обнова је завршена 2005. године.