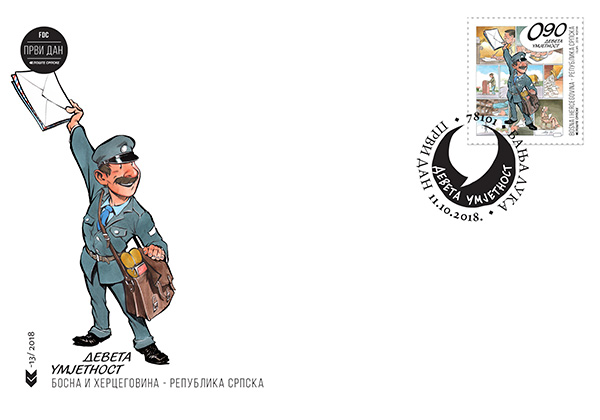 - Launching and publishing comic strip magazines "Parabellum" in which comics and texts of comic authors from Republic of Srpska were published (8 issues have been published so far);

- Promotion of associations and comic strip editions of the "Nine Dimensions" at the manifestation "Days of Serbia" throughout Serbia in 2015 and 2016;

- Promotion of the comic book of Republika Srpska at the International Book Fair in Belgrade in 2015 and 2016 at the stand of the Government of the Republic of Srpska;

- Promotion of the comic book of Republika Srpska at all international comic bookshops (Leskovac, Belgrade, Novi Sad, Kragujevac, Pirot, Sombor, Herceg Novi, Mostar, Makarska ...) in the period from 2011 to 2018;

- Publishing of the strip album "SARAJEVO ASSASINATION / Serbs in the First World War" marking the 100th anniversary of the beginning of the Great War in January 2015;

Cooperation: Association of comic authors and fans of the comic book in Republic of Srpska "Ninth dimension"